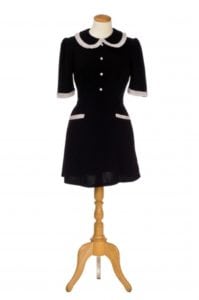 For three generations Gerritsen rents to the worlds of theatre, television and film. The late Joop Gerritsen opened his studio doors in 1878 – address Weteringschans 116 in Amsterdam. From there he offered his make-up artist- and hairdresser-services. “Jo Gerritsen,” as his company was named served great theatre companies and the then famous historical parades. The second generation Joop Gerritsen joined in , and since then, added costumes to the services offered. Soon others, besides theatre companies and parades, found their way to Gerritsen for rental costumes; among those : private individuals as well as the entertainment industry.

During the third generation Joop Gerritsen, the involvement and influence of Myriam Pol increased substantially. Before that she had started her own company “De Costumiers”, specialising in costumes and styling at Hilversum and had been a regular customer. When in 1995 Joop Gerritsen was seeking succession Myriam was the obvious choice. “Jo Gerritsen” was renamed to “Gerritsen Theater Kostuums” and not just the name changed but also the emphasis put on the rental of costumes. There was substantial investment done in production and purchase of new costumes. While the third generation Gerritsen had a preference towards hairdressing and make-up , Myriam has a penchant for costumes.

She focuses with her team on designing, making and renting costumes. Gerritsen is famous for the historical accuracy of their costumes; both the large and the tiny details. Often museums hire costumes for a particular exhibition to reinforce clothing of that era. In recent years, Myriam and her team expanded the already rich collection even further; they now offer a rich selection of costumes for every occasion, from television and film productions to birthday and theme parties, from weddings to exhibitions.

This website gives you an impression what we have to offer. A costume is something personal, the look of a costume must fit the person wearing it. We invite you to work with us to select a costume that fits like a glove. Not only fit your body, it must certainly fit your idea!

Take a look at our costumes! 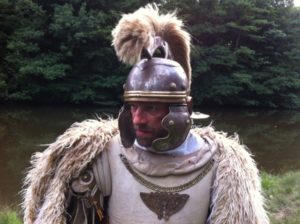